The Federal Budget in 2013 at a glance

HERE are the changes to the Federal Budget in 2013, which could affect you. Take a look at Treasurer Wayne Swan’s announcements.

$43b savings identified over the next four years

Scrapping an increase to the Family Tax Benefit Part A: will save $2.5b over four years

But Family Tax Benefit A recipients will get payment boost of $2000 for first child and $1000 for subsequent children, to be paid in instalments

$12.1m for a national register for prosthetics including breast implants

$691m on new drug listings on the PBS

$1.1b in early childhood education

$19.3b over seven years for Disability Australia

Partially funded by an increase in the Medicare levy from 1.5 to 2 per cent worth $11.6b over four years

$112.4m on exempting Aged Pension recipients from the means test if they are downsizing the family home

Broadband for Seniors program expanded at cost of $9.9 million

New $4.6 million institute for ageing will investigate challenges and opportunities of ageing population

$777m on Closing the Gap initiatives

$24b total spending over four years

$1b on the Plan for Australian Jobs, including $69m for Alternative pathways to the Trades

$13.8b write-down in takings from the Carbon Tax and Mining Tax

$9b total spending on the regions

$1.9b ongoing support for recovery from the Queensland floods

$21m subsidy to Disney Films for the making of 20,000 Leagues Under the Sea: Captain Nemo

$75.3 million to reformed Australia Council to support the Arts

NBN advertising spend boosted ahead of poll by $5m

Small business and councils to get NBN help

Super contributions up to 9.25 per cent from July 1

3.6m Australians with incomes under $37,000 to pay no tax on their contributions 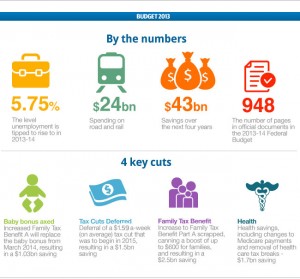 Director/OIEC Wantirna Office
9800 0700
Email
Darren has lived in the local area for over 20 years. Darren Hill the director and founder of Hill Real Estate himself entered into real estate in 1990. The passion for meeting people and helping people is still Darren’s driving force. After starting his career in franchise companies as an awarded salesperson his vision to be a truly independent agent was shortly realised. His continual drive to improve with a prominent central position are the ingredients to achieve the most respected agent in the City Of Knox/Foothills. Darren believes a career in real estate is rewarding for the people you meet who welcome you into their lives and the sobering experiences and maturity gained from those relationships. Darren is a Past President and current active member of Rotary Club of Knox and received a Paul Harris Fellow in recognition of service. Darren’s passions are his family and motor racing. To experience the Hill Real Estate difference please contact Darren on 9800 0700.
Read More
Copyright © 2021 All Rights Reserved Hill Real Estate
Web Site by PC Tune
We use cookies to ensure that we give you the best experience on our website. If you press "OK" and/or scroll down to continue to use this site we will assume that you are happy to accept.OkPrivacy policy